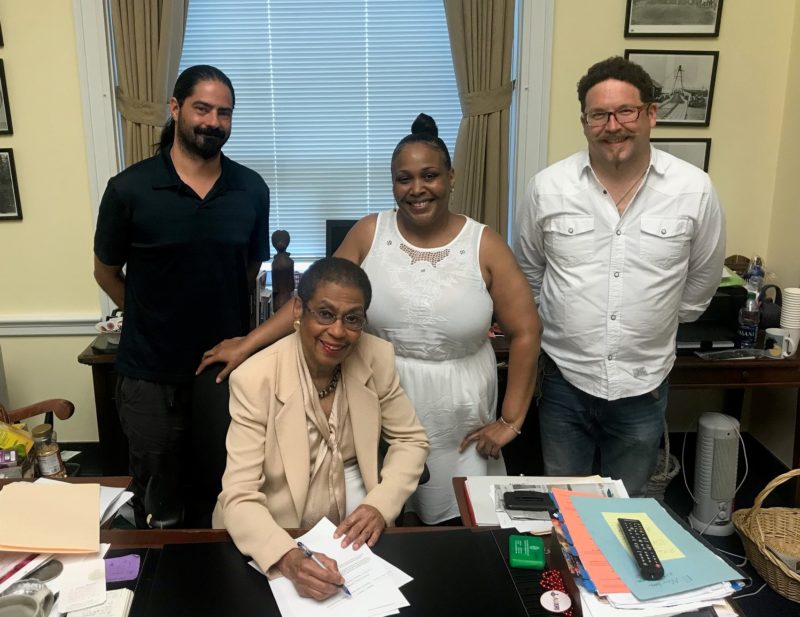 We are pleased to share with you some cannabis reform history in the making. Today DC’s Congresswoman Eleanor Holmes Norton introduced the “Marijuana in Federally Assisted Housing Parity Act of 2018,” aka the “Sondra Battle Cannabis Fair Use Act,” which will prevent cannabis users living in federally assisted housing, in states with medical or adult use cannabis laws, from being evicted for possessing, consuming, or growing cannabis.

This federal legislation would not have been introduced had it not been for Ward 7 resident Sondra Battle coming to a DCMJ Planning Meeting and sharing with us the trials and tribulations she was forced to endure to live in a mold-free home. Currently, Americans in states with medical cannabis or adult use laws can be evicted if they are caught using, possessing, or growing cannabis. As a fibromyalgia patient, who instead of using opiates to control her pain opted for medical cannabis, Sondra’s property management company used the knowledge of her medical cannabis use as a means to not remove the toxic black mold in her home. “If you tell on us, we’ll get you evicted for your medical cannabis!”

Most cannabis reform legislation you read about concerns cannabis business interests and doesn’t effect the people you hear the least about- the poorest of our society. Today’s legislation is groundbreaking because it has the ability to affect millions of Americans and ensure they can choose a safer alternative to opiates. When this legislation is passed, it will ensure that low-income cannabis users are not treated like second class citizens any longer. Sondra helped open our eyes to why it is important that DCMJ continues to fight for all cannabis users, growers, and their families.

A huge thank you goes out to Congresswoman Norton, her staff (Bradley Truding, Benjamin Fritsch, and Trent Holbrook) for helping draft and craft this model legislation, and most importantly, to Sondra Battle, who helped draw attention to an issue hidden from so many citizens eyes.

+ Click here to read Adam Eidinger’s Washington Post Op-Ed The D.C. residents left out of the ‘District of Cannabis’ that was published nearly one year ago 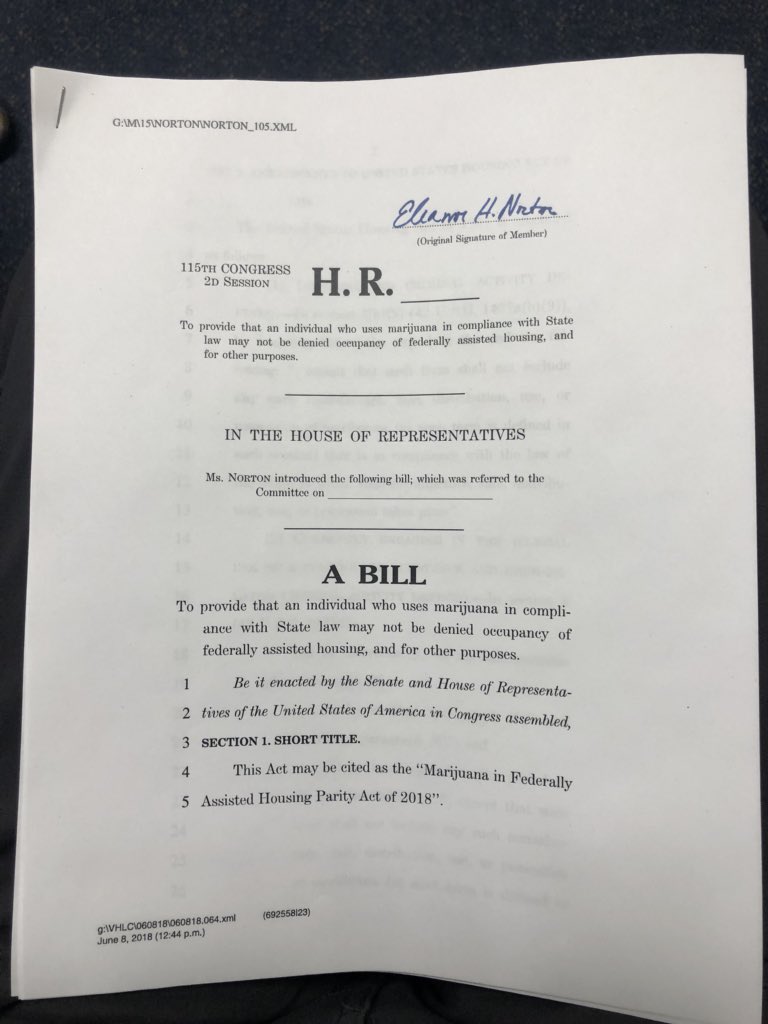