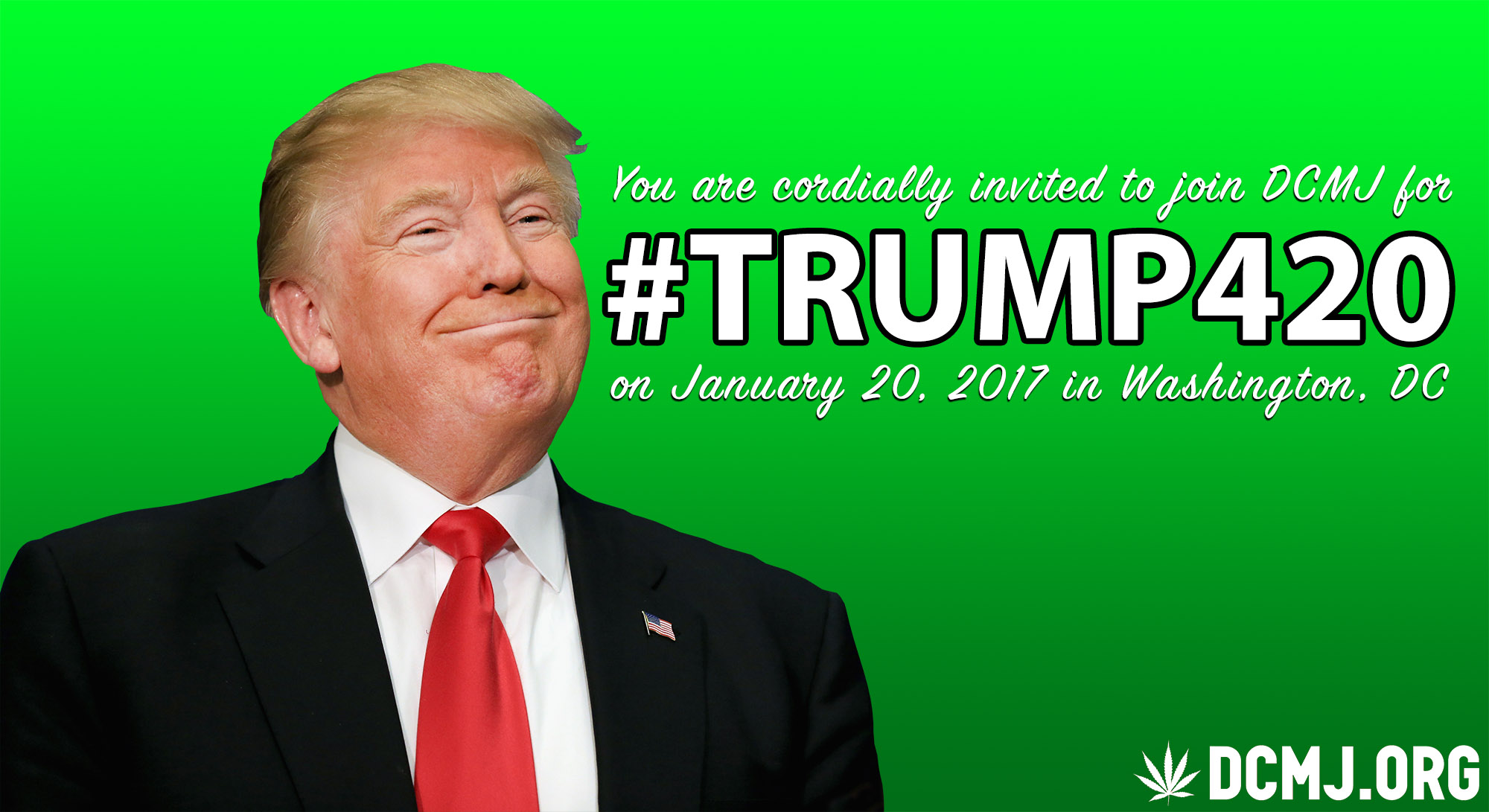 https://longlifesteelbuildings.com/quote A big thank you goes out to the hundreds of volunteers and thousands of participants who helped make The Inaugural #Trump420 a huge success!

Below are some of the videos & news articles of the demonstration:

• NowThisWeed: DCMJ Gave Out Thousands of Joints at the Inauguration

• LA Times: #Trump420: This group plans to pass out joints on its way to Trump’s inauguration

You are cordially invited to join DCMJ for the inaugural buy antabuse in australia #Trump420 taking place on January 20, 2017 in Washington, DC!

We will gather on the west side of Dupont Circle at 8am for coffee & tea and parade down to the National Mall at 10am. Along the way we’ll hand out 4,200 joints of legally grown cannabis! At 4 minutes and 20 seconds into President Trump’s speech we’ll light up! (unless President Trump comes out now in support of full cannabis legalization in all 50 States and DC!)

We legalized cannabis in Washington, DC and we are not going to let anyone take that away from us! This is an outreach opportunity to show President Trump’s supporters we are the marijuana majority! Join us for smokin’ fun time!

We hope you are excited as we are to make history together! Unfortunately, we still haven’t heard anything from the incoming administration about cannabis reform, so the Inaugural #Trump420 is still happening.

Pljevlja Below is a summary of last night’s meeting as well as some of the logistical plans we’d like you to know about:

We have volunteers broken into 4 teams:

Over 300 people have signed up to volunteer tomorrow and we believe we should have ample help to make everything go smoothly, but it’s super important that everyone reading this helps out.

Those of you who are showing up for a free joint (or two!), please help us out by talking to others in line with you. Many people joining us tomorrow are not on this email list and are showing up because they heard about this through the media. They might not know the nuances of Ballot Initiative 71 and you can provide invaluable help by simply making friends with the people in line with you and answering questions they might have.

If you are not a volunteer, when you arrive at the demonstration for your free joint(s), you will be asked to make your way to the end of the line, which will go west along Massachusetts Ave. towards Sheridan Circle.  At the end of the line you will get a stamp that indicates you got in line at the end and didn’t cut in line.  Later when you get closer to the distribution point, another volunteer will check your government-issued ID to ensure that you are 21 years of age or older.

Unfortunately, there is a new level of security that did not exist at the last inauguration. Namely, we cannot bring our mobile sound system to the Washington Monument grounds like we did in 2013.  This means some DCMJ volunteers will go as far as they are permitted to go with the sound system, then turn back home, while others will continue on to the National Mall.

Those of you who plan to go through the security checkpoint near the Washington Monument, please be mindful of what you can and cannot bring with you.  The Presidential Inaugural Committee has issued a laundry list of items that are prohibited on the National Mall:

We strongly believe in the importance of non-violent civil disobedience as means to change unjust laws, like cannabis prohibition. If you do get arrested, we have set aside some money to help activists with legal costs. If you plan on engaging in non-violent civil disobedience, please use a permanent marker and write 202-733-4640 on your arm. Please call the DCMJ hotline, if and only if, you get in trouble with law enforcement related to #Trump420.

DO: Be Patient! We’ve waited our entire lives for cannabis to be legalized in America, what’s a few more minutes of waiting?

DON’T: Consume cannabis while waiting in line.  Not only do you risk arrest, you are missing the point of our demonstration!

DO: Bring your ID! If you look under 30 years of age, a volunteer will likely ask you to see it.

DON’T: Be rude to others! There will be people that disagree with you on many important issues, but we all agree that cannabis reform is needed now. Agree to disagree! Focus on what we have in common and you might end up making some new friends!

DO: Wear your Phrygian Cap (if you have one), a red stocking cap, or anything red. One way to Make America Great Again is to let Americans grow what George Washington once grew: CANNABIS! We own the color green, so why not co-opt the color red?

DON’T: Forget to bring some joints of your homegrown cannabis!  But be sure to carry no more than 2 ounces of cannabis on your body.

DO: Be nice to the police. There will be thousands of police in town working the inauguration who do not live in Washington, DC.  They might not know that MPD gives 1st amendment demonstrations a lot of leeway and are required to give us 3 amplified warnings before making arrests. Federal law enforcement (aka National Park Police, FBI, Secret Service, U.S. Capitol Police, etc.) are not required to warn us before they make arrests.  It is likely the out-of-town police officers will defer judgement to MPD if arrests are likely to occur.  But one way we can prevent bad things from happening is respecting the law enforcement. We know we can make their job a lot easier if cannabis was fully legalized! They are here to keep order and prevent terrorism, not to stifle free speech.

DON’T: Leave your positive attitude at home! Bring it! We are making history together, so let’s stay positive and know that together we are one of the strongest forces for positive change in the world!

DO: Check out the Washington Post’s map of Federal & Non-Federal land in Washington, DC. About 20% of DC is federal land where cannabis possession is not legal.